One of Iran’s leading female singers has become world famous with her myriad collaborations. Laudan Nooshin pinpoints some of her career highlights to date The Iranian singer Mahsa Vahdat and her younger sister Marjan featured on 2004’s Lullabies from the Axis of Evil, an album compiled by Norwegian producer Erik Hillestad. This was the start of a long and fruitful relationship with his company, Kirkelig Kulturverksted (KKV), which was responsible for bringing Mahsa to the attention of listeners outside Iran. KKV has gone on to publish all of her albums since. As a female musician in a country where solo female singing is prohibited, other than to all-female audiences, this international exposure has been crucial to Mahsa’s artistic survival. At the same time, it is a bitter irony that one of the most distinctive voices in Iranian music can only be heard legally outside Iran. And there are of course many other talented female musicians in Iran that remain unheard outside the country.

It’s Mahsa’s resonant voice and intense musicality that first captivated me. As she became better known outside Iran, I followed her career with interest as she won awards – most notably the Freemuse Award in 2010 – performed at festivals and engaged in creative collaborations with musicians from outside Iran. What drew me to her music was the combination of a deep-rooted knowledge of the Iranian classical tradition in which she was trained, with great individuality and a continual search for new forms of expression. Mahsa uses her music as a bridge to communicate across cultural boundaries in ways that are particularly inspiring. Her response to restrictions has been an even greater determination to continue composing, recording and teaching; the latter is particularly important to her and she has mentored younger singers and acted as a
co-producer on various albums. Born in Tehran in 1973, Mahsa was five years old at the time of the Iranian Revolution, an event that profoundly shaped her future life, as it did for all Iranians. She and her sister Marjan enjoyed singing from a young age and were fortunate that their family encouraged them at a time when pressures on musicians – and female musicians in particular – were intense. When I interview Mahsa, she describes her earliest musical memories as being of her grandmother “with her beautiful voice and passion for singing. I remember the lullabies she sang for us.” The sisters grew up surrounded by music and poetry, the latter influenced by their father’s love of poetry, and sought out music wherever they could find it. “My earliest musical memories go back to a gramophone we had when I was a child and my parents had a good collection of records. I loved the room where the gramophone was and spent many hours listening to different records; my favourites were Marzieh and Delkash.”

She recalls how, as a teenager she was “thirsty to hear music” at a time when there was little live music-making due to the Iran-Iraq war and government restrictions. She attended one of the first concerts held after the end of the war – a performance by classical musicians Shahram Nazeri and Hossein Alizadeh. Her father queued for hours to get tickets: “I remember every moment of that evening.” While still at school, one of Mahsa’s friends was the daughter of singer Pari Maleki, who invited the sisters to study with her. “It totally changed my life. I started to learn vocal radif and tasnifs and a fantastic world opened up to me.” Mahsa and Marjan also started learning piano and Mahsa went on to study singing, piano and setar with several other teachers, including as a student at Tehran Art University.

A natural communicator and collaborator, Mahsa has worked with musicians from Iran, Norway, the US, Turkey, India and the Netherlands including Knut Reiersrud, the late American blues singer Mighty Sam McClain, the Skruk choir (Norway) and Kronos Quartet – across a wide range of musical styles. “I am so grateful for all these collaborations; I explored and learned and discovered many things from every single collaboration. When I collaborate with musicians, I love to find a common feeling in interaction: I believe that longing, love, sorrow, hope does not have nationality.”

No matter who she collaborates with, her music retains a sense of being rooted in the classical and regional musics of Iran. Mahsa also works with her husband, setar player Atabak Elyasi, who often arranges and sometimes writes lyrics for her songs, and her sister, who also pursues her own singing career. Mahsa and Marjan were also the subject of a 2015 documentary film by Andrew Smith, Sisters, first screened at the Songlines Encounters Festival at Kings Place in London in June 2015.

Poetry is central to Mahsa’s music, and she aims to convey the meanings to audiences no matter where in the world they come from; helpfully, her albums always include song texts in Persian and English. She chooses lyrics that have a universal humanistic message: “The old poems of Hafez, Rumi and Khayam belong to centuries ago but they also have messages that are important for our modern times.” She also often sets poetry by female poets, including the recently rediscovered 19th-century poet Tahereh Qhorratolein.

There is a strong sense of place and space in Mahsa’s music, whether a Persian garden or one of the acoustically resonant churches and other spaces, including the Alhambra in Spain, where she recorded the album The Sun Will Rise. Despite not being allowed to officially perform in Iran, she and Marjan recorded the track ‘Daram Omidi’ from the album Twinklings of Hope, on a Tehran rooftop.

Mahsa recently relocated to the US: “I always had a big fear that if I have to leave my country maybe I cannot create the way I do in my home, but I understood that my music is fed by the way of my life and in every place or every corner of the world I can keep my creativity and career.”

When asked how she views the future of music in Iran, she says that despite the restrictions, “I am optimistic by nature and I think music finds its way in even the darkest times and the most difficult situations. But I really wish for a healthy, democratic atmosphere with complete musical freedom of expression at every level and here each small step by individual musicians is important.” Perhaps her feelings are best described in the sleeve notes of The Sun Will Rise: ‘My voice is my homeland. My body is my instrument. My songs are about freedom, love and longing. My work is to trust the moment and make it eternal.’ 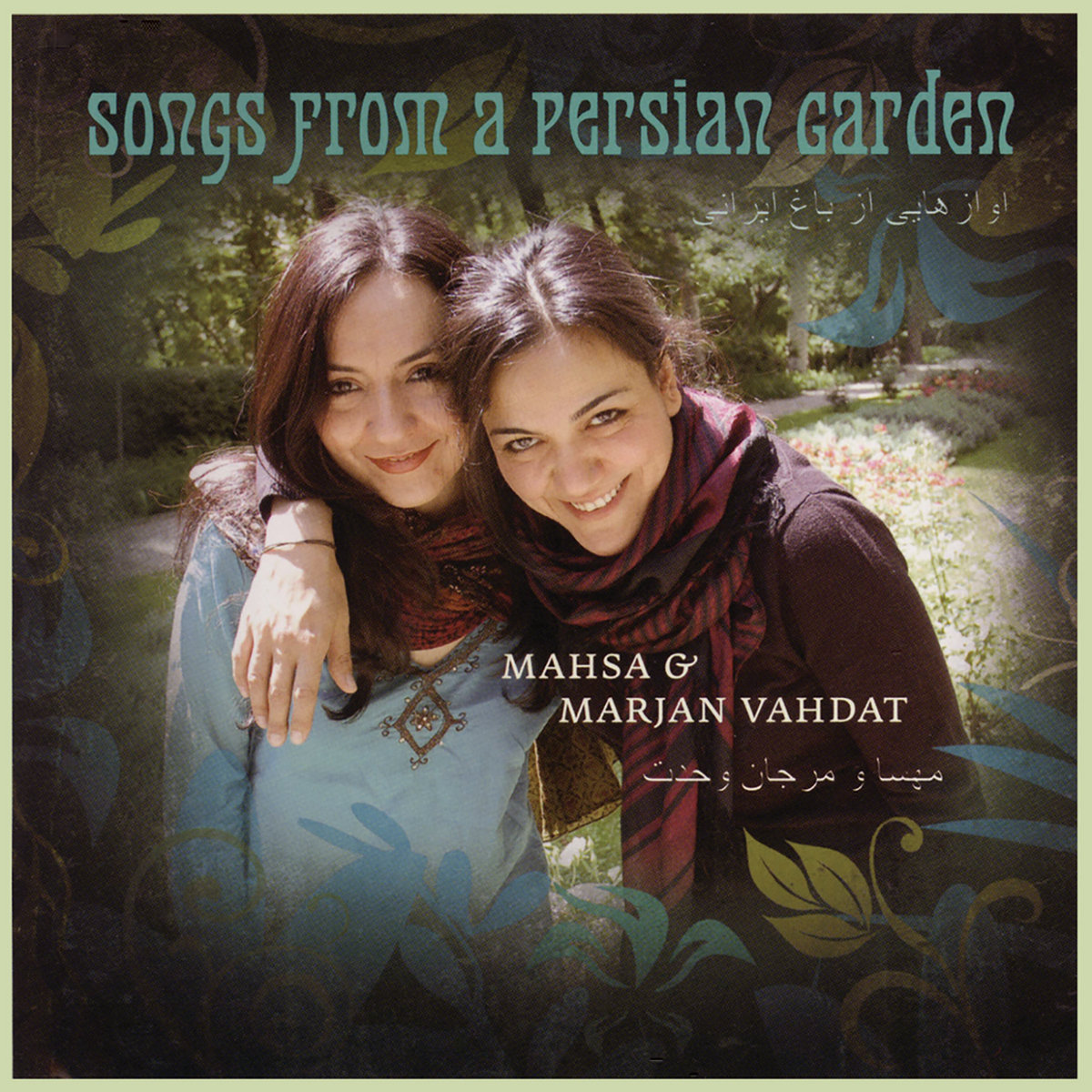 Songs from a Persian Garden

Mahsa and Marjan’s first album published by KKV, this is a recording of a charity concert held in the grounds of the Italian Embassy in Tehran. A collaboration between Iranian classical musicians and Norwegian jazz musicians. ‘Dorna’ (Crane) is particularly beautiful. Reviewed in #50. A celebration of the female voice, with the sisters accompanied by a group of some of the best Iranian musicians around. Most of the pieces are composed by Atabak Elyasi, who also plays setar on the album. Reviewed in #58. Awarded the US Independent Music Award in 2013, Marjan and Mahsa are accompanied by some of the same musicians heard on I Am Eve. A Top of the World review in #86. The Sun Will Rise

A solo album, with Mahsa singing a capella in some amazing acoustic spaces, including churches in France, Spain, Turkey and Poland. A Top of the World review in #119.

The San Francisco-based Kronos Quartet have built up a reputation for collaboration and this was particularly successful, with the quartet responding sensitively to Mahsa’s music. A Top of the World selection in #147.

This article originally appeared in the October 2020 issue of Songlines. Never miss an issue – subscribe today!