The Spirit of Tengri 2019 review | Songlines

The Spirit of Tengri 2019 review

Jim Hickson visited the seventh edition of The Spirit of Tengri festival in Almaty, Kazakhstan to discover the wonderful - and the weird - of 'contemporary ethnic music.' Ruslan Trochynskyi of Svjata Vatra gets down with the crowd at The Spirit of Tengri 2019. Image courtesy of onparty.me

The Spirit of Tengri
Almaty, Kazakhstan
May 25-26

Even in Almaty – Kazakhstan’s cultural capital – The Spirit of Tengri festival is considered a highlight of the city’s cultural calendar. Now in its seventh edition (and with ever-attractive free entry), this year’s event drew in over 10,000 attendees of all ages, the already large crowd bolstered by boisterous (but good-natured) teenagers – the festival coincided with the last day of school celebrations. Over two days, 17 artists from 17 different countries took to the stage on Abai Square, overlooked on one side by the city’s famous Kok Tobe mountain and on the other by a giant statue of the renowned poet Abai Qunanbaiuly. The festival makers surely know how to put on a show: the audience were treated to very high production values that felt almost Eurovision-esque, from fancy lighting and giant screens, all the way down to the cheesy short videos introducing each artists’ native culture… and on top of all that, it was very, very loud.

The festival’s ultra-broad remit is to present ‘contemporary ethnic music,’ and in practice that mostly seems to mean artists that play their national folk music with some sort of twist from other genres. It’s a concept that allows for a huge scope of artists and the mixtures range from the successful (Ezza’s Nigerien Touareg rock, Svjata Vatra’s Ukrainian ska and Raghu Dixit’s Kannada folk-pop) to the cringeworthy (GeoTRAIN’s Georgian polyphony-jazz, Abbos’ Uzbek classical Europop). The Kazakh music scene was also represented by bands at the start of each evening ­– Ashina and Ethno5 – who blended traditional instruments such as the kobyz (fiddle) and dombra (lute) with synthesizers, rappers and heavy rock. Local DJs also provided entertainment in between the live acts, of whom Alena Lobastova – the only named woman on the bill – was the standout, and could certainly thrill festival crowds in the UK.

And the great thing is – the crowd loved every band. Whoever took to the stage, from whatever country, playing whatever instruments and mixing up whatever cultures (and no matter how successfully), the audience went absolutely ballistic. There were sections of the crowd that were never not dancing, and every piece was concluded to rapturous applause. 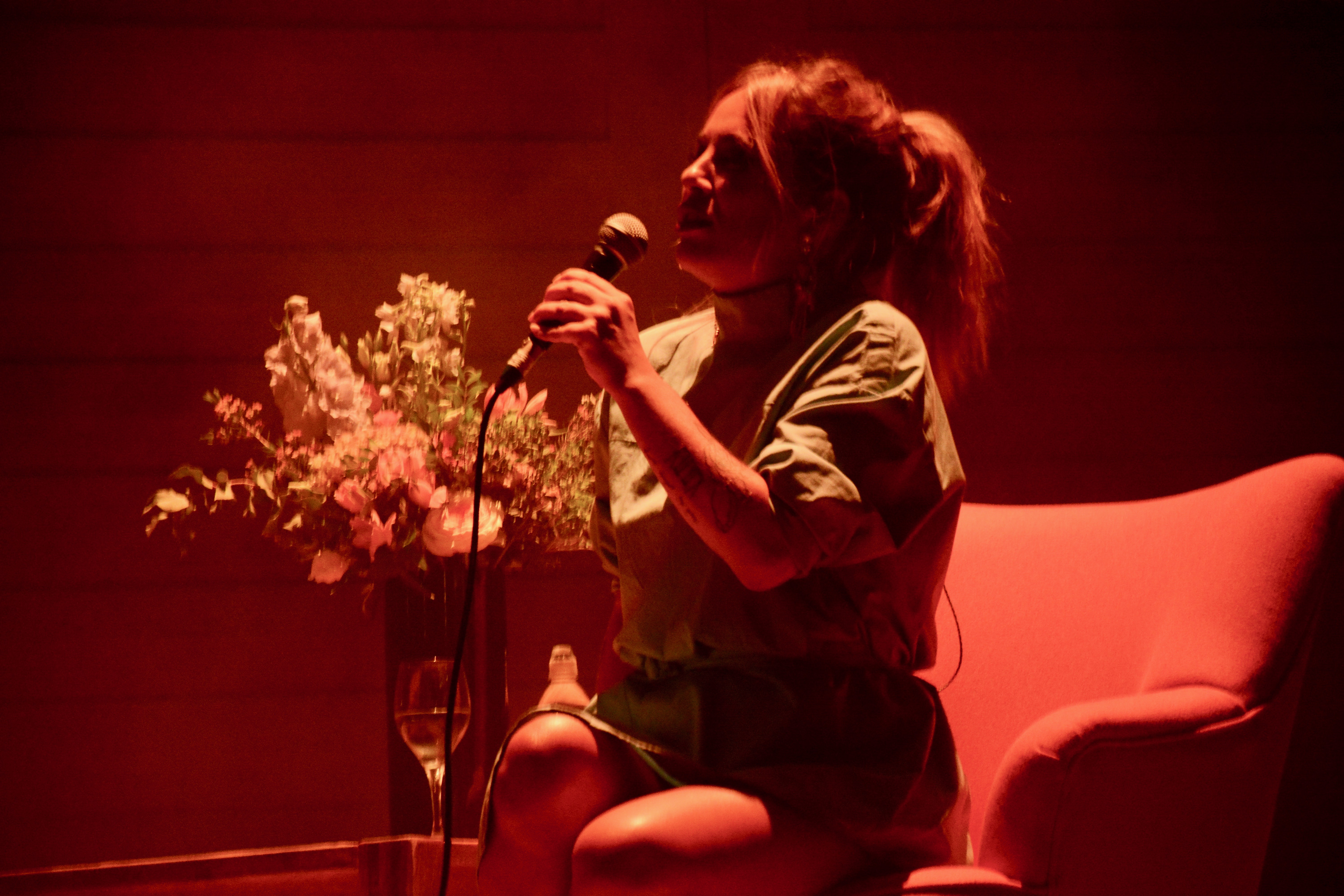 Zsombor Fehér of Kerekes Band at The Spirit of Tengri 2019. Image courtesy of onparty.me

The musical highlight of the weekend came at the end of the festival’s first night, which was closed by Hungarian group Kerekes Band. The group play a furiously jazzy, punky funk based on the music of the Csángó people of Hungary and Romania, led by the charismatic Zsombor Fehér on the electronically-enhanced shepherd’s flute. In a banging set full of special moments such as a too-funky-by-far mash-up of their most famous piece ‘Csango Boogie’ and Kool & the Gang’s ‘Jungle Boogie’ and a special guest appearance from Radik Tyulyush of Huun-Huur-Tu providing Tuvan borbangnadyr, they blew everyone away when they led the whole audience in a singalong of the Kazakh national song ‘Kozimnin Karasi’ (written by Abai) learned especially for the occasion – a real spine-tingling moment.

This is a festival that knows what its audience wants and gives them exactly that for an entire weekend. As you might expect, that gives the Spirit of Tengri one of the most electric atmospheres you could hope for.

Find out more about The Spirit of Tengri on their website. The festival’s next event will be The Spirit of Eurasia, held in Nur-Sultan (formerly Astana), Kazakhstan on July 5-6.