The winners are announced!

Angélique Kidjo was presented with the  World Pioneer award and after her surprise solo set was joined on stage for a finalé with Fatoumata Diawara, singing Miriam Makeba’s classic ‘Kilimanjaro’.

The other category winners announced on the night were Oumou Sangaré for Best Artist and Canzoniere Grecanico Salentino for Best Group. The awards ceremony was followed by an aftershow party with a DJ set from Quantic (aka Will Holland).

Check out the videos of the live performances from the ceremony. 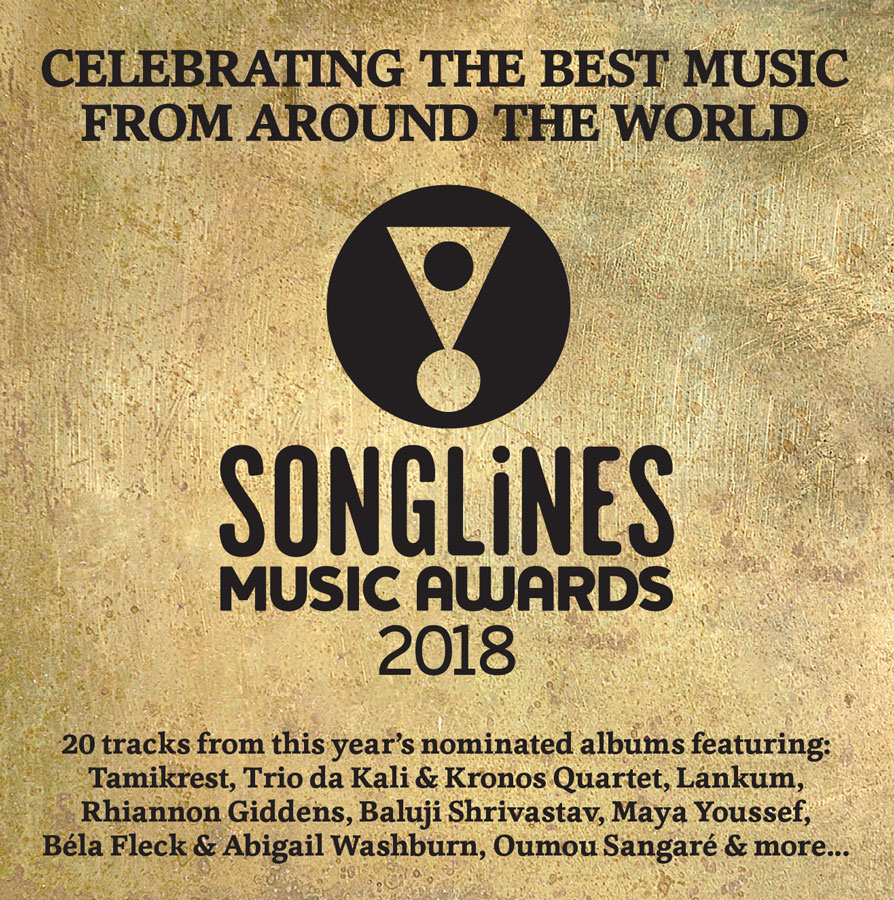 Featuring 20 tracks from all of the nominees in the five geographical categories, the Songlines Music Awards 2018 compilation is out now on CD. Buy from Amazon here: www.amazon.co.uk

Simon Broughton and Jo Frost introduce this year's winners and play music from the winning albums on the Songlines podcast:

Echo in the Valley (Rounder)

Between the Earth and the Sky (Rough Trade)

At Least Wave Your Handkerchief at Me (Glitterbeat Records)