Spanish folk has a quality perfect for our times: the ability to wail, complain and lament and, at the same time, raise the listener’s spirits and make her want to dance. Vigüela, from Castilla-La Mancha, perform rousing fandangos, seguidillas, sones and tonadas that to nonexperts will sound like part of the flamenco repertoire. But there are subtle differences in the singing (four of the five band members share lead vocals), and the guitar has an altogether warmer, rhythmic function not found in, say, cante jondo performances.

The best of the 21 songs are driven by a rapid strum that is regular but also quite loose sounding, occasionally enlivened by a trill or short scale; combined with castanets and soaring vocals, the effect is almost incantatory. As the liner notes point out, some of these songs were used at Christmas time, to complain about bosses, the church or drunken husbands. Many of the tracks are a cappella numbers, or bare voice accompanied by claps or traditional percussion such as the zambomba (a ‘friction drum’ that growls), cowbells or clanged pots and cauldrons. These, for me, are harder work, but still worth the effort; Vigüela’s mission, to expand our knowledge of non-Andalusian Spanish music, continues with great gusto. 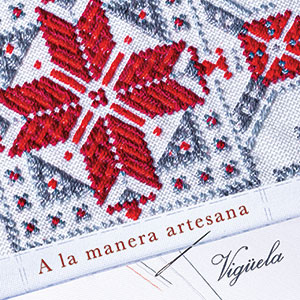