A Chinese label recording vintage Hawaiian music in an ultra-modern California studio, with mostly non-native musicians? Go figure. But despite the initial doubts, this is a quality outing with the best of intentions and some solid musical chops on display. With a repertoire dating back to the late 1800s, but mostly from the 1920s-1940s, these classic hapa haole tunes were originally the hybrid result of combining traditional Hawaiian elements with the popular American jazz-swing style of the era. Prominently featuring ukulele, Hawaiian steel guitar and vibraphone, well-known songs like ‘Aloha Oe’, ‘Hula Blues’, ‘My Little Grass Shack in Kealakekua’ and ‘Sentimental Journey’ are all given fresh takes. 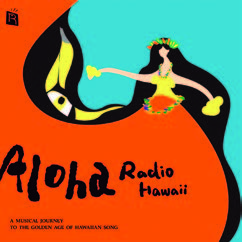