This charitable 28-track compilation aims to raise the profile of South Asian music, bringing together artists from the region and its diaspora in order to add them to the global music conversation. The focus is firmly on contemporary music, largely resulting in a collection of lo-fi hip-hop, minimal R&B and electronica, as if the producers of South Asia are trying to recreate 90s urban charts from within the confines of their bedrooms. Of these, AHADADREAM's ‘Tabla GQOM’ is a fine attempt at injecting his Pakistani heritage into forward-thinking dance music, and an unlikely cover from Jaubi of a J Dilla (iconic hip-hop producer) track, refitted with sarangi and tabla, is expertly realised.

These lo-fi tracks give a fine overview of a side of the region's music that is rarely showcased, and deserve their place, though it's a handful of tracks near the end where things get interesting, Sarathy Korwar creating a pulsating paean for a post-racist world with frequent collaborator Zia Ahmed, Pakistani fusion band Mughal-E-Funk hitting hard with ‘Akbar’, and even British Pakistani actor/rapper Riz Ahmed bringing up the racist aggro of his upbringing, before VS Narasimhan (of the Madras String Quartet) finishes things off with a beatific orchestrated take on the raga ‘Mokshamu’. 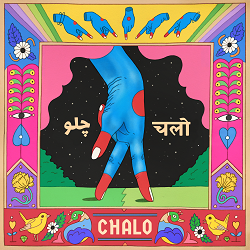