Hailing from the mining-tourist town of Jabiru, within the Northern Territory’s incredible Kakadu National Park, Black Rock Band follow up their impressive 2018 debut album, Struggle, with another solid slab of West Arnhem Land rock. Their loud anthemic first single, ‘Red Black & Yellow’ – the colours of the Aboriginal flag – is a classic celebration of indigenous identity and pride, featuring talented guest vocalist Emma Donovan. Focusing on the well-trodden Aboriginal themes of protection of language, land and culture, the track ‘If it Was Me’ has a decided environmental focus, inspired by a Barkandji elder’s advocacy work on behalf of Australia’s Darling/Baaka river system.

Two short tracks, ‘Manbadjun’ and ‘Nadjorrkkun’, are both traditional songs, sparingly employing vocals, didgeridoo (yadaki) and clap-sticks, and sung in the band’s Kunwinjku language. But the best track, ‘Yibengwarrbawon’, adds a bit of indigenous rap and funky brass to the mix. While not differing markedly from the sound of other popular Arnhem bands, but with their own expression of straight-ahead rock, tinged with country, hip-hop and reggae, Black Rock Band deliver a sense of professionalism, guitar-swagger and panache, and this album should deservedly raise their profile further, both in Australia and internationally. 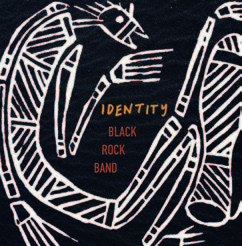