Influences from Cape Verdean batuque to percussive Brazilian rhythms including samba de roda and spiritually infused ijexá – as implemented in Candomblé ceremonies – vibe with the genre-leaping electro-verve of the new school London jazz scene. Lead single ‘A Macieira’ is a tightly coiled, vocally lush musing on innocence and experience marked by syncopated drums, funky guitar and Loubet's melismatic voice. ‘Um e Meio’ is a hefty tribute to Bahian singer/poet and cultural historian Juraci Tavares, and a composition made exceptional by the piano work of Joseph Costi and powerful spoken word poetry of cult Bristolian singer/rapper/activist Dizraeli. Environmental awareness is at a premium on the slow-building ‘Pexi Secu’, a track intended to highlight the negative effects of oil pollution on the ocean shared by Brazil and Cape Verde. The fabulously psychedelic ‘Vale do Capão’ celebrates communion with nature. An extraordinarily accomplished debut, then, by a band with something to say. 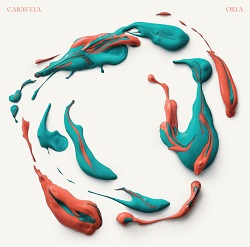