By singing in the ancient French regional Occitan language accompanied mainly by bodily percussion, this all-female vocal group will inevitably draw comparisons with their compatriots San Salvador. In fact, on this recording, the trio (now a duo) manage to sound at times like a micro version of Le Mystère des Voix Bulgares. Their extraordinary polyphonic harmonies sound as exotic as the summer’s avian visitor from Africa that lends its Occitan name to the album’s title: the crested hoopoe. Founding members Caroline Dufau and Lila Fraysse (the current line-up) see the bird as a symbolic ‘subversive force’ to confront social norms and a prevalent misogyny.

Their radical agenda finds a suitable metaphor in their defiant use of a nearly bygone language. Like San Salvador, they play with its words and regenerate with their exuberance a music rooted in folkloric traditions (take, for example, their use on ‘Suu Camin De Sent Jacques’ and several other tracks featuring the antique tambourin à cordes, sounding like a hammered dulcimer). Cocanha’s second album is beautifully produced and artfully sequenced, but it’s the energy and passion above all – typified by the whoops and cries, handclaps and foot-stomping – that bind these 13 diverse numbers together into a thrilling and surprisingly contemporary release. 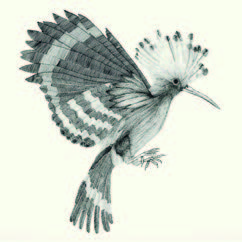