This writer interviewed OKI, the famed Ainu musician and producer from the Japanese island of Hokkaido, for this magazine some 20 years ago. I had been mesmerised by a live performance centred around the ancient tonkori, a five-string Ainu harp, and his blending of contemporary influences including, most notably, bass-heavy dub-reggae. A one-time New York video director who discovered his roots and his purpose along with his biological father – Ainu wood sculptor Bikki Sunazawa – on returning to Hokkaido in 1992, OKI is as much an activist as musician, using his tonkori as a weapon with which to decolonise Ainu culture and inspire a new generation.

This 11-track précis of music made between 1996 and 2006 comprises largely traditional songs faithfully presented or daubed with hints of the tonkori fusion that is OKI’s trademark. Ainu vocalist Umeko Ando adds sweetness to three nature-based tunes dedicated to the sun, grasshoppers and the joys of threshing corn, the latter given bottom-end reverb by throat-singer and igil (two-stringed long-neck fiddle) player Masahiko Todoriki. Yelps and bird noises buoy the percussive ‘Drum Song’ and the incantatory ‘Iso Kaari Irehte (Bear Trap Rhythm)’, while the title-track ‘Tonkori in the Moonlight’ has all the resonating prettiness of OKI sitting under a night sky, sending his chords heavenwards. 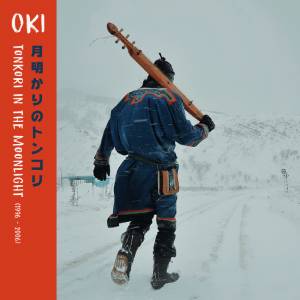