Formed of sound artists Sophia Shen and Lemon Guo, Southeast of Rain was conceived in the autumn of 2019, when both were artists in residence at the Headlands Center for the Arts, just north of San Francisco. Recorded over the course of the titular 42 days, this collection of semi-improvised compositions was born of an attempt to record one piece of music for each day of the residency. Comprised of Shen’s pipa (Chinese lute), Guo’s voice and a collection of processed field recordings, each piece is a subtly textured evocation of internal and external space, making full use of the pair’s surroundings, both natural and man-made.

The album opens with ‘Day 4: Constellations’, a piece for double-tracked pipa that combines traditional Chinese lyricism with an angular melodic shape, building into a jagged canon before dissolving into ripples of harmonics. ‘Day 11: Three Pipe Percussionists’ sees the duo creating layers of polyrhythms on water pipes, punctuated by the long resonance of a large iron ring handle, found nearby on the rusted gates of an abandoned military barracks. This interweaving of organic sound permeates the whole album, the space itself almost becoming part of the ensemble – not least the lengthy reverb of the 2,000 square-foot gymnasium that Shen and Guo adopted as their makeshift recording studio. At once deeply cerebral and texturally diverse, Southeast of Rain have crafted a subtle yet rewarding work, that weaves magic from the mundane. 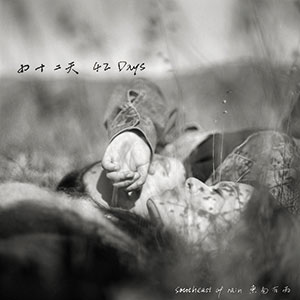