Like Toumani Diabaté, Ballaké Sissoko is kora royalty. Around the same age, they are both sons of Malian griot kora (harp-lute) players and together they recorded New Ancient Strings (Hannibal, 1999), a classic album of kora music, itself a tribute to something their fathers had done many years before. Ballaké has recorded two fine solo albums, Deli and Tomora (both on Label Bleu), and lots of collaborative ones. Chamber Music, with French cellist Vincent Segal was a Top of the World in #70. This album, produced by Segal, sounds like a development of it.

There are three exquisite solo kora tracks – one at the beginning, middle and close of the album. In their delicacy and depth, they seem to reinforce Toumani's vision of solo kora music being one of the classical forms of African music. His accompanying musicians on guitars, balafon (wooden xylophone) and cello, are used very sparingly – the guitars are used to mimic and expand the kora's texture rather than contrast with it. It's the percussive texture of the balafon, played by Fassery Diabaté, and the long bowed lines and chords on Vincent Segal's cello that really add to the palette on a track like ‘Kalata Diata’, on which all five musicians play together. A welcome curiosity is the Brazilian forro song ‘Asa Branca’ by Luiz Gonzaga, which takes on a whole new life with Ballaké's kora ornamentations of the melody. It's certainly very different from the original, or the Forro in the Dark version also on this issue's covermount CD.

This isn't an album that will sweep you off your feet with its danceable rhythms, but will delight you with its artistry and integrity. 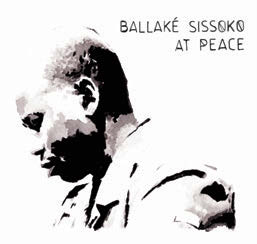