In their 1990s heyday, the Mancunian roots band combining Caribbean rhythms with traditional British folk songs were a global fixture at world music, folk and reggae festivals, before calling time in 1999. Then, in 2016, they got back together for the excellent Manchester’s Improving Daily, its songs drawing on the Manchester Broadsides, pitted as they were by the scars of the industrial revolution, and the abuse of the working classes. Five years on, and Edward II plunge bass-first into another rich seam of history, albeit more recent, that of the traditional songs of Jamaica and the Caribbean, drawing on Jamaican mento and Trinidadian calypso, written and sung in patois, and employing wit and humour as weapons as well as playmates, their rhythms a clear precursor to the likes of reggae, ska and dancehall. Here, Edward II work with dub producer Paul ‘Lush’ Morris of Nucleus Roots, to forge a contemporary British urban dub sound, using drum machines and beats as well as the band’s mix of melodeon, brass, bass, guitars and drums. From ‘Banana Boat Song’ through to ‘Island in the Sun’ via ‘Linstead Market’, it’s an uplifting danceathon, with three extra fabulous dub versions to round oﬀ a hugely enjoyable set. 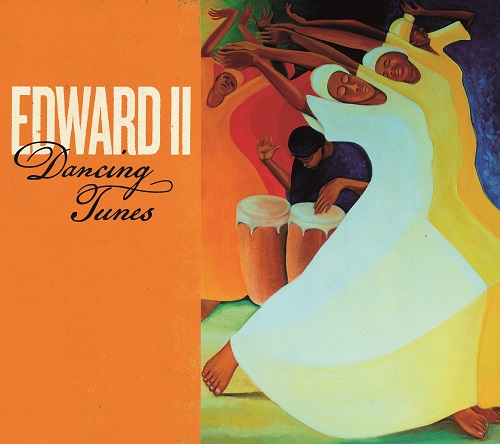