The dynasty continues with the debut from Omorinmade Kuti, grandson of Fela and son of Femi – but with a difference, as Made emerges as the first of the Kuti clan to step decisively outside the family tradition to fashion a sound entirely his own.

Classically-trained in London, the legacy is honoured on ‘Different Streets’, which pays tribute to his grandfather and namechecks several of his albums. Yet Afrobeat is just one of an eclectic stream of global influences that includes alt-rock, experimental jazz, Latin, reggae and contemporary classical composition. Playing horns, guitar, keyboards, bass and drums, he sings in an arresting baritone or adopts a spoken word style that smartly avoids the clichéd tropes of rap. Standouts include ‘Free Your Mind’ with its modulating layers of horns and the off-kilter ‘Young Lady’, in which he tackles the subject of sexual harassment. Most striking of all, though, is ‘Hymn’. It starts out with a children's choir sweetly singing ‘some children grow up to be big and strong’. It's so saccharine that you're about to skip the track before the mood darkens and the jarring words ‘some children don't grow up at all’ pull you up short. The juxtaposition is so dramatic that it still shocks after multiple listens. The first great album of 2021 has landed. 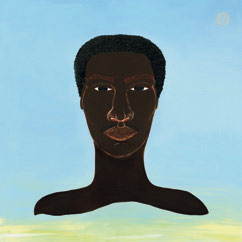