Here’s an interesting oddity. A group of African musicians sing in a makeshift studio on the banks of Lake Malawi, and Paul McCartney joins in, adding stomping, rhythmic bass. What’s more, it actually works. The song is called ‘Home’, and it’s little surprise that it can be heard in many versions – a radio edit, an instrumental, and (best of all) the version that appears on the album. McCartney wasn’t recording in Malawi, of course, but added his contribution from his home studio, as part of a project that links the African singers with musicians in the UK and US.

The idea came from producer John Tobin, who was born in Malawi, and uses recordings made with local singer-songwriter Max Jere as the starting point for these tracks, which also include contributions from Mo Pleasure (formerly with Earth, Wind & Fire). The result is a set that constantly changes direction, from passages dominated by the excellent harmony vocals of Jere and his friends to bursts of jazz or reggae. It’s entertaining enough, but there is inevitably little sense of musical identity. Still, that rousing Paul McCartney track is well worth checking out. 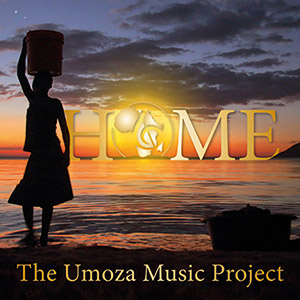