Equally at home in both the trad and jazz worlds, saxophonist, piper and whistler Fraser Fifield is one of those musicians constantly seeking the next direction to take his music making. A previous project, supported by Creative Scotland, saw him take his low whistle and bagpipes to Buenos Aires where he collaborated with some of Argentina’s leading tango musicians to produce the album In Buenos Aires.

You might, therefore, be able to hazard a guess at the content of his latest release In Mumbai, on which he is joined by sarangi player Sabir Khan, violinist Suresh Lalwani and tabla player Navin Sharma; all of whom work so well together it is difficult to identify any one of them as the impetus for a given track. Highly improvisatory, yet with story­like structures, the arrangements draw from the Hindustani and jazz traditions, which also yield much of the stylistic language, combining prime-number time signatures, classical techniques and Celtic inflections. One is reminded of the collaborations of John Handy and John McLaughlin, who also found musical affinity in India. Fifield, who is an intriguing blend of approaches himself, brings even more to the ongoing melody of East and West. 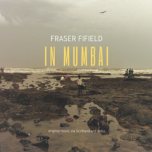