What a magical mix of thrumming and twanging strings, imaginative songwriting and improvisational prowess is Keys, the debut album by Bill MacKay, a Chicago-based acoustic guitar wizard, and Nathan Bowles, a multi-instrumentalist from Durham, North Carolina. The two men first performed together at the 2018 Cropped Out festival in Louisville, Kentucky, where an alchemical bond was forged, prompting the recording of ten tracks at the now defunct Shape Shoppe in the Windy City.

Opener ‘Idumea’ is a well-known Sacred Harp hymn from the early 19th century. It sets a slow, reverential tone and pace that echoes though many of the songs on Keys. Girded by an organ drone, MacKay and Bowles trade sweetly crafted variations on the theme, deftly stretching the score's melodic and harmonic possibilities. Next come a couple of songs in the neo-traditional folk vein, ‘Honey Time’ and ‘Late for Your Funeral Again’. In contrast, ‘Dry Rations II’ serves as an ambient introduction to ‘Joy Ride’, which guides the listener along a swinging jamband groove. Some songs, such as ‘I See God’, arise from religious contexts while others (‘Dowsing,’ ‘Dry Rations I’) seem inspired by the densely thicketed hollers and backwoods of the Piedmont and Appalachian regions. 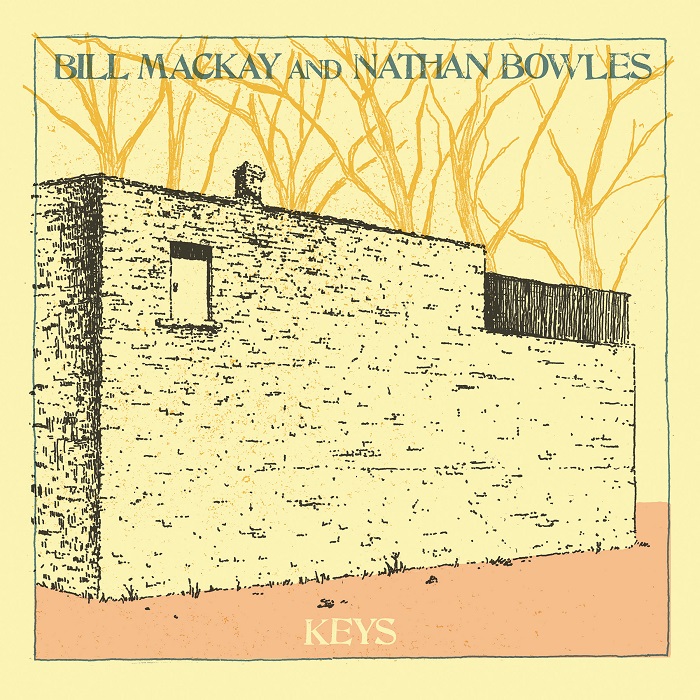