The Angolan legend José Adelino Barceló de Carvalho, aka Bonga, turns 80 this year and his latest album is released on the 50th anniversary of his incendiary debut Angola 72, recorded in support of the independence struggle after Angola’s colonial rulers had issued a warrant for his arrest and he fled to Europe.

At the heart of his music has always been the gently swaying dance rhythms of semba, the roots music of Angola, and he’s not about to change course now. Kintal da Banda translates as ‘The Courtyard of the Place’, a reference to the bustling backyard of his youthful home, where his social and political conscience was forged to a semba soundtrack. Recorded in Paris and Lisbon and produced by Betinho Feijó, his guitarist and musical director for almost 30 years, Bonga’s gravelly voice now sounds more rasping than ever but it’s still a supple instrument and his duet with the velvet-voiced young French singer Camélia Jordana on the morna-like ‘Kúdia Kuetu’, is hugely affecting. Elsewhere the songs look back on his life’s journey, as on ‘Mukua Ndange’ where he recalls his birthplace in the bush, while ‘Kolenu’ and ‘Sem Kijila’ commemorate acts of resistance. Ripeness is all, one might say. 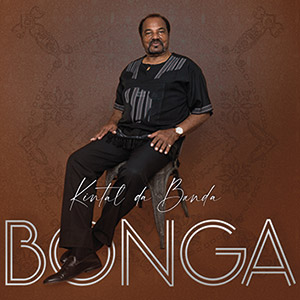