This latest album from Swiss jazz guitarist Nicolas Meier is a collection of originals and improvisations on themes inspired by traditions from a global catchment. The end result is polished and extremely impressive in several ways – most notably the manner in which Meier mimics the timbres of different instruments with his guitar and glissentar (electric guitar/oud hybrid). Richard Jones’ violin tone, use of extended techniques and jazz language is sophisticated; Demi García Sabat’s percussion is dynamic and sensitive, and Kevin Glasgow’s bass playing follows and complements the melodies impeccably.

In jazz improvisation the group excels, but the ways they develop on more geographical sounds often leaves the original inspiration quite far behind; to the point of rendering it somewhat tokenistic at times. They might start with a theme that places the listener somewhere in the Middle East but, by halfway through the track, you’re in a New York jazz club wondering what that darbuka was all about. It’s certainly interesting to hear the ways in which Meier incorporates elements of different traditions into his music but it can be a bit schizophrenic: flitting from flamenco to bossa to French musette; nevertheless woven together with some masterful playing. 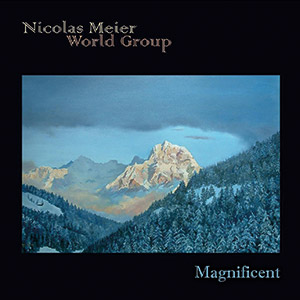