There is quite some story and a lot of work behind this album. American-born Sarah Aroeste comes from a Sephardic Jewish family who, after having to leave Christianised Spain in 1492, settled in the Ottoman city of Monastir. Like Salonika in Greece, Monastir had one of the largest Jewish communities in the region. Aroeste’s ancestors left in 1913. After the collapse of the Ottoman Empire and World War I, Monastir became the Yugoslav city of Bitola. In 1943, during World War II, the Jews of Bitola were transported to their deaths in Treblinka. The city lost 98% of its Jewish population.

Aroeste has selected ten songs in Ladino and Macedonian about Jewish life in Monastir before the war. Drawing on musicians in Israel, the US and North Macedonia this is a powerful album, produced by Shai Bachar. The opening ‘Oy Qui Muevi Mezis’ is a birth song – muevi mezis means ‘nine months’ – powerfully propelled by celebratory drums and trumpeting shofar. Then ‘Od Bitola Pojdov’ (I Left Bitola) is strongly Macedonian in flavour with marvellous Balkan clarinet from Vevki Amedov. If there’s one song people might recognise, it’s ‘Jovano, Jovanke’, a much-sung Macedonian favourite, here translated into Hebrew. There are some dodgy moments: a song featuring Bitola kindergarten children oversteps the sentimentality threshold and another featuring opera singer Helena Susha, ‘one of the remaining Jews in Macedonia,’ doesn’t earn its place musically. Memorable is the penultimate song ‘Mi Monastir’, a personal celebration of the city (in Ladino) by Aroeste herself and finally ‘Bitola, Moj Roden Kraj’, a patriotic Macedonian celebration of the place. It’s enhanced by old postcards, archive pictures and lyrics. 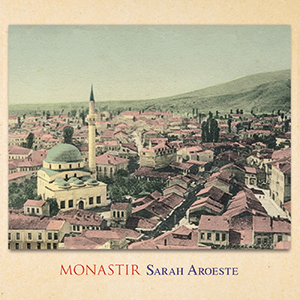