From the golden age of Ghanaian highlife, this rare album from 1977 is a bit of a gem. Hailing from Kumasi, the ancient capital of the Ashanti, Vis-A-Vis released 13 albums between 1975 and 1982, of which Obi Agye Me Dofo, originally released on the Probisco label and later reissued on Makossa International, is said to be the best and most sought after. You can hear why, especially on the thrilling title-track on which the urgent groove is driven by furiously riffing jazz horns, cosmic synth keys and a guitar solo of delightful insanity from Sammy Cropper while lead singer Isaac ‘Superstar’ Yeboah sounds similarly manic.

The eight-minute, hypnotic funk epic ‘Kankyema’ rides on a propulsive, chicken-scratch guitar groove and more spaced-out synth noodling. ‘Gyaesu’ is a more traditional, spiralling highlife tune, while the album's closer, ‘Susan Suo’, is hypnotic and percussion-driven with an Afro-Cuban feel, an influence derived from the fact that several of the band also played in a band called the Cuban Fiestas. There are times when you wish the synth player would put away his new toy, but generally Obi Agye Mi Dofo is a dancer's delight from start to finish. 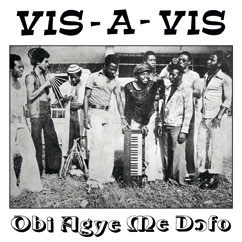