On her debut recording, Olin Ennen (which translates in Finnish to ‘I Was’), Czech singer and multi-instrumentalist Barbora Xu explores the shared symbolism of Finnish and Chinese poetry, setting ancient texts to newly composed songs and arrangements.

Despite their geographic disparity, Finnish and Chinese traditions share a deep mutual connection to the natural world, evoking universal concepts such as time and impermanence through the use of metaphor. Recorded in single takes with minimal overdubs, the soundscape of Olin Ennen is appropriately earthy and organic, seeming to emerge from the depths of the island forest Xu has made her home.

With her ethereal voice front and centre, Barbora Xu accompanies herself on zithers from both China (guzheng, guqin) and Finland (kantele), lending her settings an intimate yet shimmering quality – as bell-like harmonics combine with warm pitch-bends and cascading arpeggios. The opening track, ‘Olin Ennen Otramaana’, was discovered by Xu in an anthology of Finnish runolaulu (poems, songs and ballads), and establishes a suitably joyful mood, verging on the transcendental. Another highlight is the Chinese poem ‘Hé Shuiyuèdòng Yùn’, composed by an anonymous hermit in the Song dynasty (960-1279), in which the moon and river represent the opposing forces of stability and change. The culmination of over a decade of song collecting and field research, Olin Ennen is a work of luminous artistry, and a welcome introduction to a unique and exploratory new talent. 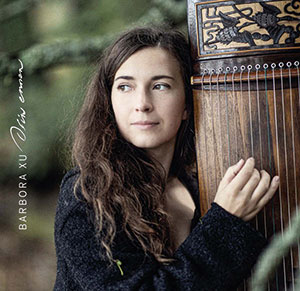