In their latest outing, the amazing Cypriot trio Monsieur Doumani go (more) electronic, and again produce an endlessly inventive take on not only their own tradition but an eclectic mix of other musical influences. While electronics obviously play a great role on the album, not least in enabling them to create some complex textures, what also stands out is the use of their voices. There is a lovely bit of a cappella singing at the end of ‘Tiritíchtas’, and also listen to the highly rhythmic vocal lines on ‘Kalikándjari’. Some of the electronic repeating motifs sound, in a good way, a bit Kraftwerk-like (listen to the introduction of the electronic line on ‘Poúlia’), but they embed them not only within a traditional Cypriot and Greek world, but also a wider Mediterranean aesthetic: for example, there is an almost Sicilian feel to ‘Koukkoufkiáos’.

The great trombone basslines run throughout the tracks, perhaps most obviously so on the title-track but also to great effect on the funky ‘Alavrostishiótis’ and anarchic ‘Nychtopápparos’. The depth of sound that the musicians manage to create is impressive, from transparent, rhythmic textures to the dark final track ‘Astrahán’, and they again demonstrate that they are one of the most interesting and exciting ensembles around. 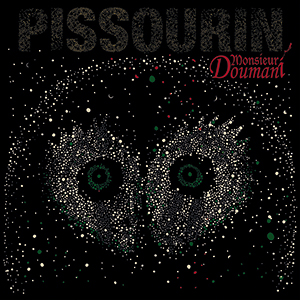