Since beginning his career in Ismaël Lô’s band more than 20 years ago, the Dakar-born, Paris-based singer and bassist Alune Wade has played with some of West Africa’s finest from Youssou N’Dour to Oumou Sangaré, as well as collaborating with jazz musicians Joe Zawinul and Marcus Miller. He’s also made a series of enterprisingly ambitious solo albums and on Sultan he explores ways of fusing West African stylings with his own jazz leanings and the music of East and North Africa.

Opener ‘Saba’s Journey’ has an Ethio-jazz feel. ‘Donso’ takes us back to Mali, though the horn section adds a pleasing Afrobeat hint. The title-track features oud and the muezzin-inspired voice of Tunisia’s Mounir Troudi. ‘Nasty Sand’ is an exercise in Gnawa-jazz-rock fusion and Noura Mint Seymali adds her arresting voice to ‘Portrait de Maure’, a mbalax-meets-Mauritania mash-up. Senegalese rapper PPS the Writah adds voice to ‘Uthpoic’ and Algerian rapper Djam works up a storm on ‘Célébration’. ‘L’ombre de l’Âme’, again features Troudi but adds Balkan flavour with Ismaïl Lumanovski’s clarinet. As impressive as it is diverse. 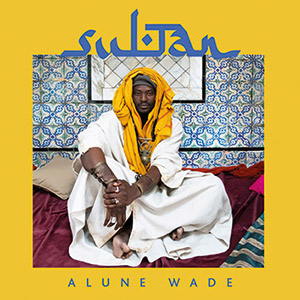