Sufi music exists in various forms in different parts of the Islamic world with differing music and poetry in various languages. But if there’s one Sufi poet that has been embraced by many cultures across the globe it’s Jalaluddin Rumi (1207-1273). He wrote in Persian, but his influence transcends national and linguistic borders and this 13th-century theologian has frequently been described as the best-selling poet in the US.

The impetus for this Persian-Indian fusion album was Donald Trump’s ban on nationals from several predominantly Muslim states in 2017. The musicians on this album wondered where all those American lovers of Rumi had gone and felt his poems of tolerance and love were needed more than ever. Rumi’s vocals are sung by Iranian-American singer Katayoun Goudarzi with Shujaat Khan, one of India’s leading musicians on sitar, Shariq Mustafa on tabla and Shaho Andalibi on ney (flute) – an instrument also celebrated in Rumi’s poetry. There is a sense of wonderment and awe in the music, although that is largely thanks to Shujaat Khan’s sitar playing. Goudarzi’s vocals are strident and vibrato-heavy and Andalibi’s ney is also often nasal and piercing. The highlights of this album are instrumental, particularly the closing of ‘Wild’, the opening track, which certainly merits that description. 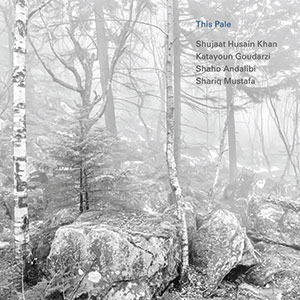