Deirdre Graham comes from a musical family on the Isle of Skye. After studying Gaelic song and clarsach at the National Centre of Excellence in Traditional Music in Plockton, in the Scottish Highlands, she went on to graduate from the Royal Conservatoire of Scotland’s Scottish music course before working as a teacher in China, Spain and Malaysia. Now back in Glasgow, where she has worked with Gaelic electronica crew Niteworks, she has gathered ten of the songs that have helped to shape her musical personality on this, her first solo album.

The songs are familiar, having featured in the repertoires of Capercaillie, Flora MacNeil, Margaret Stewart and Anna Murray, among other notable Gaelic champions, but the arrangements give them a new, singular stamp. Featuring a quartet of A-list Scottish string players, producer­keyboardist Angus Lyon and bass and drums, these tales of homesickness, disillusion, lost love and female empowerment acquire added drama and range from person-to-person intimacy through the rugged and film­like to the rocking out of ‘Òran Mòr Scoirebreac’ before closing with the murmuring ‘Uamh An Òir’. 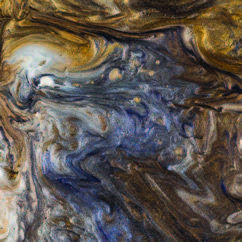